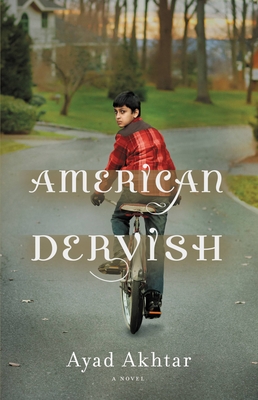 From Pulitzer Prize winner Ayad Akhtar, a stirring and explosive debut novel about an American Muslim family in Wisconsin struggling with faith and belonging in the pre-9/11 world.

Hayat Shah is a young American in love for the first time. His normal life of school, baseball, and video games had previously been distinguished only by his Pakistani heritage and by the frequent chill between his parents, who fight over things he is too young to understand. Then Mina arrives, and everything changes.

American Dervish is a brilliantly written, nuanced, and emotionally forceful look inside the interplay of religion and modern life.

Ayad Akhtar is a screenwriter, playwright, actor, and novelist. He is the author of the novel American Dervish and was nominated for a 2006 Independent Spirit Award for best screenplay for the film The War Within. His plays include Disgraced, recipient of the 2013 Pulitzer Prize for Drama; The Who & The What and The Invisible Hand, both of which received Off-Broadway runs and are being produced around the world; and Junk, produced at Lincoln Center in 2017 He lives in New York City.
Loading...
or support indie stores by buying on