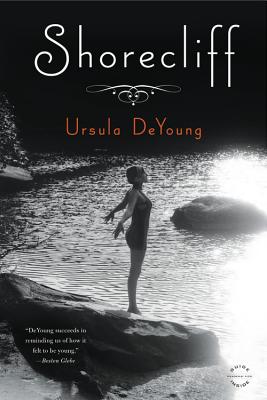 A winning debut novel about a 1920s New England family and the secrets revealed when they reunite over one long summer.

Spending the summer of 1928 in a big house on the Maine coast with his 10 older cousins and a gaggle of aunts and uncles seems like a dream come true to lonely 13-year-old Richard. But as he wanders through the bustling house, Richard witnesses scenes and conversations not meant for him and watches as the family he adores disintegrates into a tangle of lust, jealousy, and betrayal.

At first only an avid spectator, Richard soon finds himself drawn into the confusion, battling with his first experience of infatuation and forced to cover for his relatives' romantic intrigues. With jump-off-the-page characters and a captivating sense of place, Shorecliff examines the bonds of loyalty and rivalry that can both knit a family together and drive it apart.

Praise For Shorecliff: A Novel…

"True to itself and to the experience of its young protagonist....DeYoung succeeds in reminding us of how it felt to be young, when the realization that adults had pasts and lives independent of their role as masters and caregivers came as a shock, and overheard conversations among teenage cousins were a gateway to wisdom."
---Julie Wittes Schlack, Boston Globe

"Divine. . . . A delicious summer read. . . . Shorecliff gives readers a vivid picture of what happens when a sprawling family spends time in close quarters. Although set nearly a century ago on a picturesque Maine estate, DeYoung's novel is immediate and familiar, and her character development is nothing short of brilliant."
---Elin Hilderbrand, author of Beautiful Day

"Shorecliff is a classic coming-of-age story told through the eyes of a naïve young boy who doesn't fully grasp half of what was unfolding around him until many years later. Part A Separate Peace, part I Capture the Castle, it's the story of a momentous summer when illusions are dashed, family ties are tested, and secrets come spilling out. DeYoung effectively demonstrates how certain events, no matter how big or small, can imprint the rest of our lives forever."
--Bronwyn Miller, Bookreporter

"A gripping and magical read.... DeYoung delivers on the premise marvelously well in her debut novel....This excellent novel about cousins interacting continues a genre that has New England antecedents....DeYoung writes with an easy grace."
--Kay Bourne, EDGE Boston

"DeYoung delves into the complicated and shifting dynamics of a New England family....Much like the decade it captures-the 1920s-Shorecliff is a whimsical, captivating read that's tinged with nostalgia from the first page....Both the vivid characters and the alluring setting remained with me far after I closed the novel."
--Kelsey Thomas, Bustle

"Affecting... Thirteen-year-old Richard's retrospective account of a family gathering at Shorecliff, his mother's old family home, is filled with longing, love and regret.... DeYoung's engrossing conclusion and exquisite tone.... captures the mood and morals of a bygone era."
---Kirkus

"I was swept away from the very first page, captivated by the Hatfields as they teeter between beauty and loss of innocence in one dreamlike summer. DeYoung's writing glitters with clarity, confidence, and depth, all the way to the book's stunning ending. A debut of a wonderful new literary voice."—Rae Meadows, author of Mercy Train

"This exceptional novel is reminiscent of the grand family classics of the nineteenth century. DeYoung manages a large cast--every one of them vital and unique--with deft timing. And with exquisite skill, she reveals calamitous events, enticing the reader with tidbits about what is to come. I look forward to future novels from this gifted author."—Anna Jean Mayhew, author of The Dry Grass of August

"DeYoung's vivid evocation of a summer home in Maine along with the enthralling, flawed members of the extended Hatfield clan held me captive from the very first page to the electrifying conclusion. Shorecliff reads like the work of a seasoned veteran of the form, not a debut novelist."—Meg Mitchell Moore, author of So Far Away

Ursula DeYoung graduated from Harvard College in 2004 and received her Ph.D. in History from Oxford in 2009. She is the author of a nonfiction book on 19th-century physicist John Tyndall, A Vision of Modern Science. She lives in Cambridge, Massachusetts.
Loading...
or
Not Currently Available for Direct Purchase