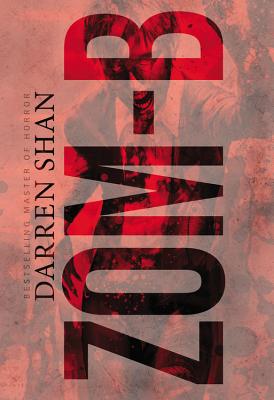 From Darren Shan, the Master of Horror, comes the first book in the Zom-B series that will have you on the edge of your seat and questioning what it means to be a human or a monster.

When news reports start appearing of a zombie outbreak in Ireland, B's racist father thinks it's a joke-- but even if it isn't, he figures, it's ok to lose a few Irish.

B doesn't fully buy into Dad's racism, but figures it's easier to go along with it than to risk the fights and abuse that will surely follow sticking up for Muslims, blacks, or immigrants. And when dodging his fists doesn't work, B doesn't hesitate to take the piss out of kids at school with a few slaps or cruel remarks.

That is, until zombies attack the school. B is forced on a mad dash through the serpentine corridors of high school, making allegiances with anyone with enough gall to fight off their pursuers.

Praise for Zom-B:"Shan packs in the bites, and he rips out enough entrails for even the most jaded zombie fan; the cliffhanger ending...closes on just the right note to leave the audience gnawing for more...A series opener to sink your teeth into."—Kirkus Review

"A raw and deeply observant tale of a morally questionable kid trying, and usually failing, to move beyond the ingrained racism instilled by B's father. It is a brave move by Shan to posit such a bigoted hooligan as our protagonist."—Booklist

"Horror with a social conscience...This compelling page-turner builds steadily to the climax then throws the reader off the cliff with a twist that is impossible to see coming."—--VOYA