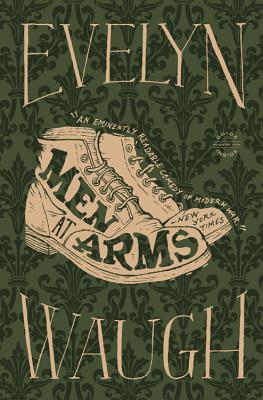 Praise For Men At Arms…

"Reading Men at Arms is like hearing a full keyboard used by a pianist who has hitherto confined himself to a single octave. Waugh is fully alive to the fact that no modern war is just a soldier's war. The drawing rooms, kitchens, and clubs of the home front interest him just as much as the barracks and the tents....To Waugh--and to the reader, after Waugh has waved his magic wand of characterization--mediocrity seems not only a human condition but a fascinating one."—TIME

"A highly entertaining novel about some of the preposterious experiences of the Second World War....Men at Arms has none of the ponderous detail, none of the piled-on brutality, which have made so many war books a heavy burden. Waugh's sharp wit and sure touch of satire are always at work."—Edward Weeks, Atlantic Monthly
or
Buy Here
Copyright © 2020 American Booksellers Association