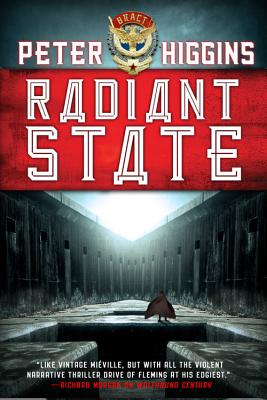 The Vlast stands two hundred feet tall, four thousand tons of steel ready to be flung upwards on the fire of atom bombs. Ready to take the dream of President-Commander of the New Vlast General, Osip Rizhin, beyond the bounds of this world.

But not everyone shares this vision. Vissarion Lom and Maroussia Shaumian have not reached the end of their story, and in Mirgorod a woman in a shabby dress carefully unwraps a sniper rifle. And all the while the Pollandore dreams its own dreams.

"An amazing, fast-paced story in a fantasy world poised dangerously on the edge of quantum probability, a world where angels war with reality."
—Peter F. Hamilton on Wolfhound Century

"Sentient water, censored artists, mechanical constructs, old-fashioned detective work, and the secret police are all woven together in this rich and fascinating tapestry."
—Publishers Weekly on Wolfhound Century