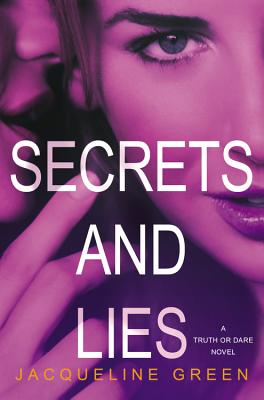 Secrets and Lies (Truth or Dare #2)

Can you keep a secret?
Tenley Reed and Sydney Morgan have never seen eye to eye -- until now. United by a common goal, they are determined to find out who was behind their friend's murder. Joined by Emerson Cunningham, a gorgeous but troubled teen model, the girls start their own investigation. But in the isolated beach town of Echo Bay, it's hard to know who's a friend and who's an enemy.
Secrets and Lies is the second book in the Truth or Dare series -- and will keep readers in suspense from beginning to end.

Praise For Secrets and Lies (Truth or Dare #2)…

Praise for Secrets and Lies:
"So many unanswered questions, so much tingly suspense, so much dark drama: by the end of this book, some readers will think they have the identity of the darer figured out based on who is being targeted and how, but that herring may turn out to be red after all; in any case, anticipation for the finale will be high."
—The Bulletin

Praise for Truth or Dare:
"A well-plotted suspense tale....Good intrigue designed for the chick-lit crowd."—Kirkus Reviews

"Green offers an edge-of-your-seat thriller. The characters are all well drawn and believably flawed...Creepy and dark to the core, this is a great offering for fans of Lois Duncan and Christopher Pike."—School Library Journal

Jacqueline Green received a BA from Cornell University and an MFA in writing for children from the New School. She grew up in Wynnewood, Pennsylvania, and now lives in Brooklyn, New York, with her husband, daughter, and their tiny dog. She is the author of the Truth or Dare series.
Loading...
or
Not Currently Available for Direct Purchase