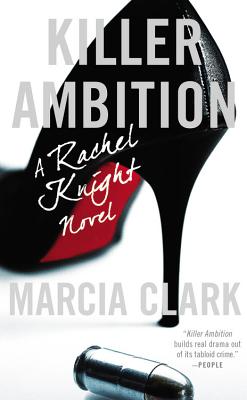 When the daughter of a billionaire Hollywood director is found murdered after what appears to be a kidnapping gone wrong, Los Angeles Special Trials prosecutor Rachel Knight and Detective Bailey Keller find themselves at the epicenter of a combustible and high-profile court case.

Then a prime suspect is revealed to be one of Hollywood's most popular and powerful talent managers -- and best friend to the victim's father. With the director vouching for the manager's innocence, the Hollywood media machine commences an all-out war designed to discredit both Rachel and her case. Killer Ambition is at once a thrilling ride through the darker side of Tinseltown and a stunning courtroom drama with the brilliant insider's perspective that Marcia Clark is uniquely qualified to give.

"Builds real drama out of its tabloid crime...Knight is a likable crusader for truth in Tinseltown." (3 out of 4 stars)—People magazine

"A refreshing and suspenseful portrayal of high-stakes trials, criminal lawyers on both sides of the aisle and the strategies behind their every move."—Los Angeles Times

"Clark clearly knows the court from the inside out, and her characterization of the proceedings is great fun to read."—Minneapolis Star Tribune