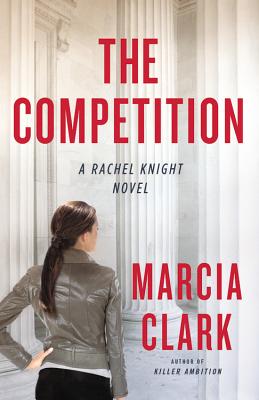 The Competition (A Rachel Knight Novel #4)

A Columbine-style shooting at a high school in the San Fernando Valley has left a community shaken to its core. Two students are identified as the killers. Both are dead, believed to have committed a mutual suicide.

In the aftermath of the shooting, LA Special Trials prosecutor Rachel Knight teams up with her best girlfriend, LAPD detective Bailey Keller. As Rachel and Bailey interview students at the high school, they realize that the facts don't add up. Could it be that the students suspected of being the shooters are actually victims? And if so, does that mean that the real killers are still on the loose?

A dramatic leap forward in Marcia Clark's highly acclaimed Rachel Knight series, The Competition is an unforgettable story that will stay with readers long after the last page has been turned.

Praise For The Competition (A Rachel Knight Novel #4)…

"Clark handles sometimes painfully raw scenes with great sensitivity and skillfully works in material about what makes a mass murderer, as she ratchets up suspense to a deadly conclusion. Her fourth legal thriller featuring Knight is another tour de force."
—Booklist (starred review)

"What could be worse than a Columbine- style school shooting? Rachel Knight finds out in Clark's ticking time bomb of a thriller, the fourth in her series featuring the L.A. deputy DA.... The twisty plot and dynamic duo make for a suspenseful, if sobering, page-turner."
—Publishers Weekly

"With THE COMPETITION, Marcia Clark has upped the ante yet again, reaching new creative heights. Though the subject matter is both dark and disturbing, her sensitive handling of the material and the informative nature of the narrative allows the book to transcend traditional thriller fare. Pulse-pounding, poignant, and provocative, this is a story that will engage your heart and your mind. It's also proof beyond a reasonable doubt that fiction can help us to understand reality."—John Valeri, Examiner