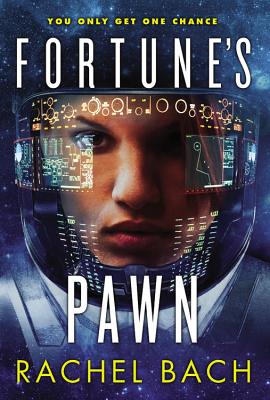 A promising young mercenary's future gets thrown into jeopardy after a fateful encounter with an alien in the start to a propulsive space opera series perfect for fans of Firefly and Killjoys.

"Devi is hands-down one of the best sci-fi heroines I've read in a long time." RT Book Reviews
Devi Morris isn't your average mercenary. She has plans. Big ones. And a ton of ambition. It's a combination that's going to get her killed one day -- but not just yet.

That is, until she just gets a job on a tiny trade ship with a nasty reputation for surprises. The Glorious Fool isn't misnamed: it likes to get into trouble, so much so that one year of security work under its captain is equal to five years everywhere else. With odds like that, Devi knows she's found the perfect way to get the jump on the next part of her Plan. But the Fool doesn't give up its secrets without a fight, and one year on this ship might be more than even Devi can handle.

"If you liked Star Wars, if you like the Kate Daniels series, and if you are waiting for Guardians of the Galaxy to hit the theaters, this is your book."—Ilona Andrews

"Rachel Bach's Fortune's Pawn is based on a fascinating premise and launches what looks to be a superb military science fiction series."—Eric Flint

"Bach makes her SF debut with this series launch that introduces a strong female heroine whose mind is mostly on her career -- and her high-tech suit of armor -- yet who finds herself inexplicably drawn into a relationship that could damage her life and her honor. Fans of Lois McMaster Bujold's Vorkosigan series and David Weber's Honor Harrington novels should enjoy starting another potentially long-running SF military saga.—Library Journal

"Bach's space opera is a fantastic, action-packed and accessible exploration of deep space. Devi is hands down one of the best sci-fi heroines I've read in a long time...Fans of Douglas Adams, Scalzi and Fforde will absolutely devour Fortune's Pawn."—RT Book Reviews (4 1/2 stars)

"Firefly-esque in its concept of a rogue-ish spaceship family... The narrative never quite goes where you expect it to, in a good way... Devi is a badass with a heart."—Locus on The Paradox series

Rachel also writes fantasy under the name Rachel Aaron. Learn more about her first series, The Legend of Eli Monpress, and read sample chapters for yourself at rachelaaron.net!
Loading...
or support indie stores by buying on