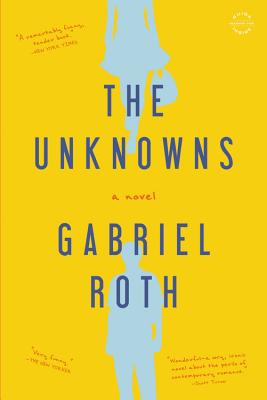 Praise For The Unknowns: A Novel…

"If only all social misfits were as stealthily charming as Eric Muller, the nerdy narrator of Gabriel Roth's sparkling debut novel. Mr. Roth's remarkably funny, tender book is much more than one code-writing kid's success story. As its title indicates, "The Unknowns" is about how Eric grows up trying to fathom those things he doesn't naturally understand. Mr. Roth writes in a gently self-mocking, utterly disarming style that gives "The Unknowns" an unusual type of tension."—Janet Maslin, New York Times

"[Eric's] analytic mind, so useful in the world of computers, hinders his human interactions in the real world, especially with the fairer sex.... He perceives dating with an omniscience reminiscent of Neo from The Matrix.... the book crackles with commentary, one part post-structuralism and one part observational comedy, on how we interact in 2013."—Daily Beast

Gabriel Roth was born and raised in London and educated at Brown University and at San Francisco State University, from which he received a Master of Fine Arts in creative writing. For several years he was employed as a reporter and editor at the San Francisco Bay Guardian. He now works as a writer and software developer and lives with his family in Brooklyn, New York. The Unknowns is his first novel.
Loading...
or support indie stores by buying on