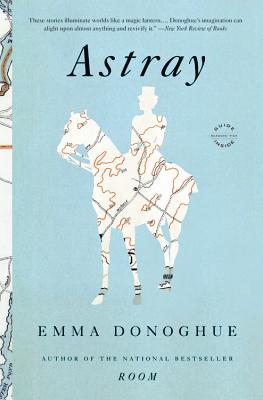 "Fans of...Room will recognize the same imaginative flexibility and ventriloquism in ASTRAY, only multiplied and lightly patinated.... A refreshing break from the trend of linked collections; each story is entirely discrete, and strong enough to be read in isolation."—Holloway McCandless, Shelf Awareness

"A marvel of imagination, in which Donoghue utilizes items she's found over the years...to create unforgettable stories about change..."—Nina Sankovitch, The Huffington Post