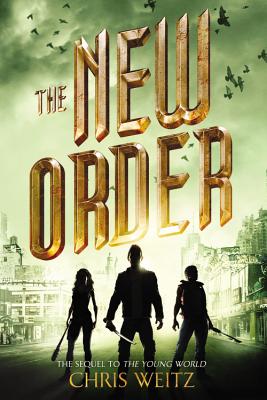 The New Order (The Young World #2)

They thought they were the only ones left. They were wrong.

After the unexpected revelation at the end of the first book, Donna and Jefferson are separated. Jefferson returns to NYC and tries to bring a cure to the Sickness back to the Washington Square tribe, while Donna finds herself in England, facing an unimaginable new world. Can the two reunite and prevent an even greater disaster than the Sickness?

This second book in The Young World trilogy will keep you at the edge of your seat.

Praise For The New Order (The Young World #2)…

"The Young World is a thrilling post-apocalyptic page-turner."—Stephen Chbosky, author of The Perks of Being a Wallflower

"The Young World is captivating with its constant action that will draw readers in and keep them enthralled until the very end."—VOYA

"The fascination of turning allusiveness into action may even explain the desire of an author as potentially imaginative and original as Chris Weitz to write such crisply practical, such shrewdly shameless, popular entertainments."
—The New York Times Book Review

"Weitz offers a satisfying YA interpretation of the Greek classic Anabasis, brimming with grisly encounters and gallows humor. He also finds room to touch upon issues of race, class, commercialism, and sexuality in nuanced moments that are sharply juxtaposed with the near-constant dangers and seeming hopelessness of the larger picture."
—Publishers Weekly

"A broken NYC is so compelling that readers will find it hard to put this book down."
—School Library Journal

"Telling his story in the alternating voices of Jeff and Donna, noted film director Weitz, in his first YA novel, has done a good job of meticulously building his postapocalyptic world."
—Booklist

"This is a page-turner that will hook readers from the beginning."
—Library Media Connection

"[A] pretty irresistible spot to end, guaranteeing interest in the remaining two novels of this promised trilogy."
—The Bulletin