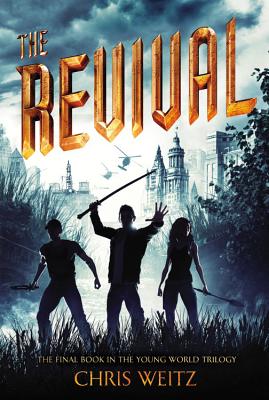 The Revival (The Young World #3)

The teens forge a new world in this epic conclusion to The Young World trilogy.

After the emotional cliffhanger of The New Order, shocking events take place for Donna, Jefferson, Kath, and their tribe as they face their greatest challenge yet--how to hold the new city-state of New York against a ruthless attack from the Old World.

Heart-stopping action and exciting new revelations will leave readers hungry for the final installment in the series.