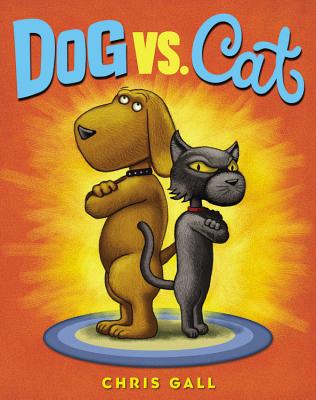 Praise For Dog vs. Cat…

"Hilarious....the animals' dialogue, expressions, and body language are priceless, as is the funny conclusion. A terrific addition to any friendship or pet storytime."—School Library Journal

"The stylish illustrations and sly wit on display here will please Gall's fans and likely win him new ones."—Kirkus Reviews

"Text and pictures are layered with humor, and the...art heightens the odd-couple drama with every page turn."—The Horn Book

"[Chris Gall's] funniest picture book yet.... This will appeal to older siblings expecting a new baby and to both dog and cat people--in other words, to everyone."—Shelf Awareness

"The illustrations are beautifully done and make the book appealing to older readers as well."—Library Media Connection