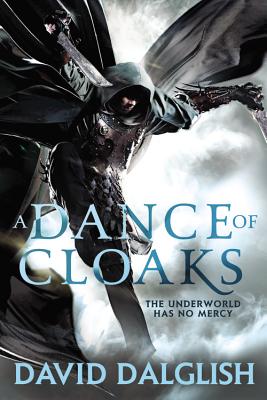 A Dance of Cloaks (Shadowdance #1)

From USA Today bestselling author David Dalglish
The Underworld rules the city of Veldaren. Thieves, smugglers, assassins. . . they fear only one man.

In book #1 of the Shadowdance series, Thren Felhorn is the greatest assassin of his time. All the thieves' guilds of the city are under his unflinching control. If he has his way, death will soon spill out from the shadows and into the streets.

Aaron is Thren's son, trained to be heir to his father's criminal empire. He's cold, ruthless -- everything an assassin should be. But when Aaron risks his life to protect a priest's daughter from his own guild, he glimpses a world beyond piston, daggers, and the iron rule of his father.

Assassin or protector; every choice has its consequences.

Fantasy author David Dalglish spins a tale of retribution and darkness, and an underworld reaching for ultimate power.

Praise For A Dance of Cloaks (Shadowdance #1)…

"[A] winning combination of A Game of Thrones, sword-and-sorcery RPGs, and vivid description...Dalglish puts familiar pieces together with a freshness and pleasure that are contagious."—Publishers Weekly

"Strong characterization as well as detailed action...a believable tale of a young man's coming-of-age and the difficult decisions he must make. His saga should appeal to fans of R.A. Salvatore and Richard Lee Byers."—Library Journal

David Dalglish currently lives in rural Missouri with his wife Samantha, and daughters Morgan, Katherine, and Alyssa. He graduated from Missouri Southern State University in 2006 with a degree in Mathematics and currently spends his free time dying for the umpteenth time in Dark Souls.
Loading...
or support indie stores by buying on
(This book is on backorder)