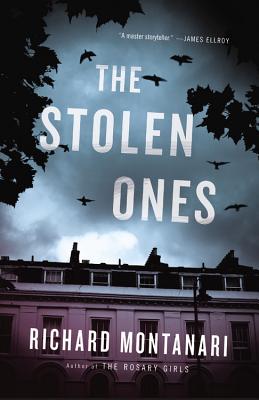 The Stolen Ones (Byrne and Balzano #8)

Praise For The Stolen Ones (Byrne and Balzano #8)…

"Plot-driven and compelling with hints of horror and parapsychology, this thriller is less of a whodunit and more of an exploration of character and motive. . . . Adventurous crime fiction and thriller readers and fans [of] Thomas Harris's Hannibal Lecter novels should enjoy." --Library Journal—-

"Richard Montanari's writing is both terrifying and lyrical, a killer combination that makes him a true stand-out in the crowded thriller market. A master storyteller at his very best." --Tess Gerritsen
—-

"A master storyteller. Be prepared to stay up all night." --James Ellroy
—-

Richard Montanari is the internationally bestselling author of The Stolen Ones, The Echo Man, The Devil's Garden, Badlands, The Rosary Girls, The Skin Gods, Merciless, and more. He lives in Cleveland, Ohio.
Loading...
or
Not Currently Available for Direct Purchase