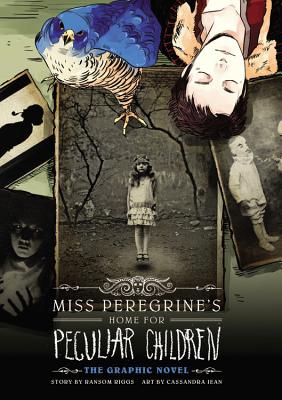 When Jacob Portman was a boy, his grandfather regaled him with stories of his fantastic life at Miss Peregrine's home during the Second World War, even sharing photos of the remarkable children with whom he resided. As Jacob grew up, though, he decided that these photos were obvious fakes, simple forgeries designed to stir up his youthful imagination. Or were they...?
Following his grandfather's death - a scene Jacob literally couldn't believe with his own eyes - the sixteen-year-old boy embarks on a mission to disentangle fact from fiction in his grandfather's tall tales. But even his grandfather's elaborate yarns couldn't prepare Jacob for the eccentricities he will discover at Miss Peregrine's Home for Peculiar Children!

Ransom Riggs grew up in Florida, where he spent his formative years making silly movies with his friends in their various backyards, snorkeling, and complaining about the heat. He studied English at Kenyon College and film at the University of Southern California. He lives in Los Angeles. He makes films you can watch on his YouTube page: www.youtube.com/ransriggs. He enjoys traveling to exotic lands and complaining about the heat. He would like to thank you for reading this short biography.
Loading...
or support indie stores by buying on