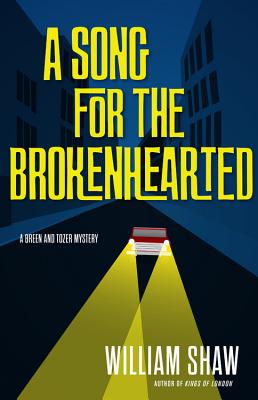 A Song for the Brokenhearted (A Breen and Tozer Mystery #3)

The earthshaking decade of the 1960s comes to a sweeping and dangerous close, as William Shaw's detective duo battle the most powerful members of London society.

After being wounded in the line of duty, Detective Sergeant Breen recuperates on the family farm of his former partner, Helen Tozer. To fill the long and empty hours, he reviews the open case file for a murder that has haunted Helen for years: that of her younger sister. Breen discovers that the teenage victim had been having a secret affair with James Fletchet, the son of an affluent local landowner, celebrated for his service in Kenya during the Mau Mau Uprising.

Breen and Tozer return to London's Criminal Investigation Division, where their questions about Fletchet's past are met with resistance and suspicion. The deeper they probe, the more people they implicate in their investigation. New Scotland Yard doesn't look kindly upon breaking rank, and it's only a matter of time before Breen and Tozer make themselves a target.

Shaw's stirring, heartfelt and diabolically plotted mystery series is everything a reader looks for: enveloping, invigorating, and wonderfully entertaining.

"Gripping . . . Echoes Robert Galbraith's crime novels, and neither author suffers by the comparison. This is a totally engaging series."—Library Journal (starred review)

"Shaw raises the bar with each entry in this series. . . . A genre-bending psychological thriller, perfect for those who like Elizabeth George's Lynley novels."—Booklist (starred review)

"A first-rate mystery and a compelling and accurate portrait of a changing society"—Laura Wilson, The Guardian [UK]

William Shaw is an award-winning music journalist and the author of several non-fiction books including Westsiders: Stories of the Boys in the Hood. Prior to becoming a crime writer, he worked at the post-punk magazine ZigZag and a journalist for The Observer, The New York Times, Wired, Arena, and The Face. He lives in Sussex, England.
Loading...
or
Not Currently Available for Direct Purchase