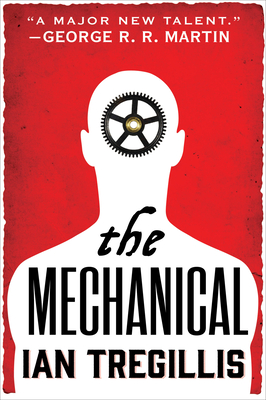 The Mechanical (The Alchemy Wars #1)

From "a major new talent" (George R. R. Martin) comes an epic speculative novel of revolution, adventure, and the struggle for free will set in a world that might have been, of mechanical men and alchemical dreams.

My name is Jax.

That is the name granted to me by my human masters.

But I shall be free.

Praise For The Mechanical (The Alchemy Wars #1)…

"His characters are as convincing as ever, the plotting is beautifully articulated, the tone relentlessly grim and sometimes horrifying. And while the action rarely flags, Tregillis manages to pack in a good deal of philosophical probing...readers with an interest in dark, intelligent fantasy-will find much to admire here."—Kirkus on The Mechanical

"In the tradition of Isaac Asimov, Tregillis's latest novel combines classic robotics with historical fiction to riveting ends. Tregillis brings an intriguing touch to his narrative, as parts of actual Dutch history, such as colonization, the founding of New Amsterdam and reliance on slavery, are reflected in the fictionalized country's conquering of the rest of the world. Further, the story manages to posit broad questions, such as how one defines humanity and free will, without coming across as sanctimonious or treacly. It's also just plain exciting, with intense fight scenes and exhilarating narrow escapes. Readers will no doubt be rooting for the "rogue" robots."—RT Book Reviews on The Mechanical

"...By the end of the novel, the physical and emotional transformations they have enduredpromise an even more exciting sequel. This tightly wound plot yields timely conversations regarding consciousness and technology as various forms of human and machine merge."—The Washington Post on The Mechanical

"While merely the warm-up for what promises to be a uniquely compelling series, The Mechanical is as intricate and exquisite as the clockwork wonders it brings to life."—NPR Books on The Mechanical

Ian Tregillis is the son of a bearded mountebank and a discredited tarot card reader. He was born and raised in Minnesota, where his parents had landed after fleeing the wrath of a Flemish prince. (The full story, he's told, involves a Dutch tramp steamer and a stolen horse.) Nowadays he lives in New Mexico, where he consorts with writers, scientists and other unsavoury types.
Loading...
or support indie stores by buying on