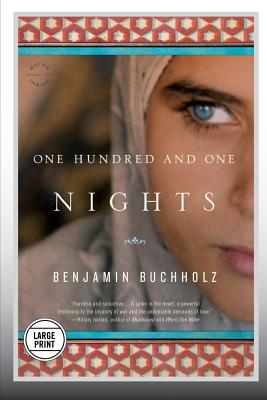 One Hundred and One Nights

After 13 years in America, Abu Saheeh has returned to his native Iraq, a nation transformed by the American military presence. Alone in a new city, he has exactly what he wants: freedom from his past. Then he meets Layla, a whimsical fourteen-year-old girl who enchants him with her love of American pop culture. Enchanted by Layla's stories and her company, Abu Saheeh settles into the city's rhythm and begins rebuilding his life. But two sudden developments -- his alliance with a powerful merchant and his employment of a hot-headed young assistant -- reawaken painful memories, and not even Layla may be able to save Abu Saheeh from careening out of control and endangering all around them.

A breathtaking tale of friendship, love, and betrayal, One Hundred and One Nights is an unforgettable novel about the struggle for salvation and the power of family.

Benjamin Buchholz is the author of a book entitled Private Soldiers about his Wisconsin National Guard unit the year-long deployment to southern Iraq. He was stationed with his family in Oman from 2010 to 2011 and currently lives in Princeton, New Jersey, where he is pursuing a graduate degree in Middle East Security Studies. One Hundred and One Nights is his first novel.
Loading...
or support indie stores by buying on