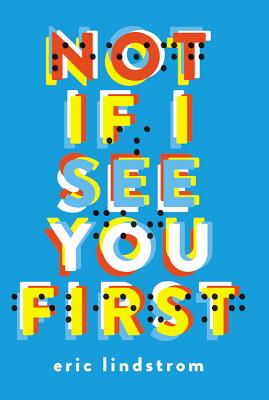 Not If I See You First

In the tradition of Gayle Forman and John Green comes this extraordinary YA debut about a blind teen girl navigating life and love in high school.

Parker Grant doesn't need 20/20 vision to see right through you. That's why she created the Rules: Don't treat her any differently just because she's blind, and never take advantage. There will be no second chances. Just ask Scott Kilpatrick, the boy who broke her heart.

When Scott suddenly reappears in her life after being gone for years, Parker knows there's only one way to react--shun him so hard it hurts. She has enough on her mind already, like trying out for the track team (that's right, her eyes don't work but her legs still do), doling out tough-love advice to her painfully naive classmates, and giving herself gold stars for every day she hasn't cried since her dad's death three months ago. But avoiding her past quickly proves impossible, and the more Parker learns about what really happened--both with Scott, and her dad--the more she starts to question if things are always as they seem. Maybe, just maybe, some Rules are meant to be broken.

Combining a fiercely engaging voice with true heart, debut author Eric Lindstrom's Not If I See You First illuminates those blind spots that we all have in life, whether visually impaired or not.

"This book is fierce, funny, and honest. And get ready for some of the most likable characters you've read in years."
—Deb Caletti, National Book Award Finalist

"The byplay between Parker and her friends is believable, and in creating a heroine whose drive for independence brings both risks and rewards, Lindstrom adds a note of complexity to his gripping depiction of how Parker learns to trust and forgive."
—Publishers Weekly

"Characterization is fantastic-very few high school stereotypes, and lots of challenged expectations about mean girls, pretty girls, blind girls, fat girls, jocks, and coaches. Parker has just the right degree of acerbic wit to be likable even when she's bitchy, and when she falls apart, her insight into her own character is heartbreaking. And Scott?-oh, Scott, may your tribe of boys who respect boundaries and learn from mistakes increase. This will have broad appeal for readers who need to learn a thing or two about how to shepherd themselves and their friends through difficult times."
—BCCB

"Lindstrom's realistic and humorous dialog breathes life into an eclectic cast of characters. Parker's relationships, including the one with herself, do not sugar-coat the mental struggles familiar to many teenagers. Readers will laugh through tears, with the novel ending on a note of hope and maturity."
—School Library Connection

Eric Lindstrom is a BAFTA and WGA-nominated veteran of the interactive entertainment industry. He is the author of Tragic Kind of Wonderful and Not If I See You First.

As the novel is told from the perspective of a blind

narrator, the characters are not introduced with the

What are some unconventional descriptors that Eric

why might it be a challenging one for the people in Parker’s life?

Parker claims that she “tells it like it is” and practices tough love, but

sometimes her opinions come across as abrasive or mean. How do you

differentiate between being honest and being kind?

What factors contribute to the tension in Parker’s relationship with

Aunt Celia? What might Celia’s perspective be on their situation?

Why does Parker wear blindfolds? What do you think the blindfolds

Once Parker learns the truth about Scott’s middle school “prank,” she

second-guesses her initial reaction to the incident. Do you believe

the depth of Parker’s anger was justified at the time? Should she have

forgiven Scott sooner, or did she make the right decision?

Even after Parker has forgiven Scott, he doesn’t want to be friends with

her. Do you believe his reasoning is justified?

navigating the world as a blind person? What insights did you get

about navigating the world as a typical teenager?

The title on the book jacket is Not if I See You First, but the Braille says

something different. Decipher the Braille. Now that you’ve read Parker

Grant’s story, what does this second message mean to you?