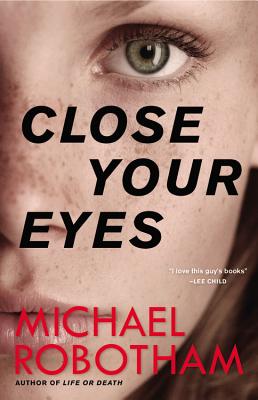 When a former student bungles a murder investigation, clinical psychologist Joseph O'Loughlin steps in to face a ruthless killer.

A mother and her teenage daughter are found murdered in a remote coastal home, one defiled by multiple stab wounds and the other posed like Sleeping Beauty waiting for her prince. Joe O'Loughlin is drawn into the investigation when a former student, trading on Joe's reputation by calling himself "the Mindhunter," jeopardizes the police inquiry by leaking details to the media and stirring up public anger.

Joe discovers a link between the farmhouse murders and a series of vicious attacks in which the victims are choked unconscious and brutally scarred. Now, Joe must stop a ruthless and brash criminal who has apparently graduated to murder. Much to his surprise, he is ably assisted by his eldest daughter, now a keen and courageous observer of her own right. Together they must track and catch a hunter who seems to anticipates every move they make.

Michael Robotham has been an investigative journalist in Britain, Australia and the US. One of world's most acclaimed authors of thriller fiction, he lives in Sydney with his wife and three daughters.

One of the Best Books of 2016- The St. Louis Post-Dispatch

"Close Your Eyes: the best Michael Robotham novel yet. Once I reached the last 100 pages, it really was impossible to put down."—Stephen King

"[Robotham] is such a strong writer, and in London clinical psychologist Joe O'Loughlin he has such an appealing investigator."—Lloyd Sachs, Chicago Tribune

"Yet another winner . . . [A] well-crafted thriller"—Harry Levins, St. Louis Post-Dispatch

"You won't want to close the book on this one. The new thriller by Michael Robotham, Close Your Eyes, is reason to stay up late. . . . The mystery and suspense is reason enough to keep reading, but Robotham ups the ante with a rousing family drama that adds an emotional complication to his lead's life. . . . Robotham drafts brilliantly descriptive passages that paint vivid scenes and sweep readers along in the narrative."—BookPage

"Robotham turns in a tightly written story that's flawlessly plotted . . . Robotham's writing is so smooth and his characters so well-drawn . . . Robotham's crime thrillers are at the top of the genre's food chain."—Kirkus Reviews (starred)

"Insightful, compelling, and superbly written, this masterly thriller will keep readers glued until the final page. Robotham brings a dry, sardonic wit to his latest book, which will likely delight readers of Ian Rankin and P.D. James.—Library Journal (starred)

"Robotham skillfully keeps the murderer's identity hidden until almost the very end. He writes with sharp insight into the tangled psychological webs formed from love and loathing and fear; the subplots involving Joe's family give Close Your Eyes emotional resonance and make this a series changer."—Shelf Awareness