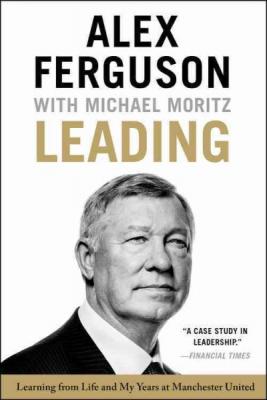 Learning from Life and My Years at Manchester United

After an astonishing career-first in Scotland, and then over 27 years with Manchester United Football Club- Sir Alex Ferguson delivers Leading, in which the greatest soccer coach of all time will analyze the pivotal leadership decisions of his 38 years as a manager and, with his friend and collaborator Sir Michael Moritz, draw out lessons anyone can use in business and life to generate long-term transformational success.

From hiring practices to firing decisions, from dealing with transition to teamwork, from mastering the boardroom to responding to failure and adversity, Leading is as inspiring as it is practical, and a go-to reference for any leader in business, sports, and life.

Sir Alex Ferguson is a former Scottish player and manager who managed Manchester United from 1986 to 2013. His time at the club has led to Ferguson being regarded as one of the most successful, admired and respected managers in the history of the game. On May 8, 2013, Ferguson announced his retirement as manager of Manchester United. During his 27 years at the club, he won 38 trophies, including 13 Premier Leagues and two UEFA Champions League titles.

Sir Michael Moritz is a venture capitalist and chairman of Sequoia Capital, the original backers of Apple, Cisco, YouTube and WhatsApp; he has also served on the board of directors of Google, LinkedIn, PayPal and Yahoo!. He is a former journalist with Time magazine and author of the first history of Apple, The Little Kingdom. Originally from Wales, he lives near San Francisco, CA.
Loading...
or support indie stores by buying on