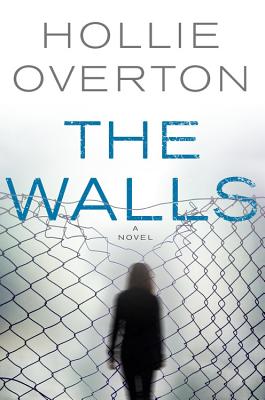 A heart-stopping psychological suspense novel about a Texas prison official driven to commit the perfect crime, by the author of the international bestselling thriller Baby Doll.
YOU WOULD DIE FOR YOUR FAMILY. WOULD YOU KILL FOR THEM?
Working on death row and raising her son as a single mom is tough. When Kristy Tucker meets and falls in love with handsome Lance Dobson, at last she can imagine a better future.
But after their wedding, her life becomes one of constant terror. And as Lance's violence escalates, Kristy must decide how far she will go to save herself--and her son.
The Walls is a riveting thriller about domestic violence, murder, and one woman's desperate gambit to protect her family.
#TheWallsBook

Hollie Overton was raised in Texas, and draws on her unique childhood experiences for inspiration. Her father was a member of the notorious Overton gang in Austin, and served time in prison for manslaughter. Hollie is a television writer whose credits include the CBS drama Cold Case and Freeform's Shadowhunters. Her debut novel, Baby Doll, was an international bestseller, and has been translated into eleven languages. She lives in Los Angeles with her husband and rescue dog.

Praise For The Walls…

"The Walls is a suspenseful and satisfying psychological thriller by a writer who has hit her stride."—Dallas Morning News

"What a compulsive read! A brilliant first novel that kept me transfixed and entertained until the very last page."—New York Times bestselling author Tess Gerritsen on Baby Doll

"A tense survivor story for fans of Chevy Stevens' Still Missing and Chelsea Cain's One Kick."—Booklist on Baby Doll

"Compelling ... Overton throws in enough twists, turns, and surprises to keep the reader wondering what on earth can happen next."—Publishers Weekly on Baby Doll

"You'll read this psychological thriller in one sitting."—Marie Claire (UK) on Baby Doll

"Riveting"—Women's Own on Baby Doll

"A menacing, yet beautifully compassionate read."—Love Reading on Baby Doll

"A gripping page-turner that will make you think about what it means to be free."—Glamour (South Africa) on Baby Doll
or support indie stores by buying on
Copyright © 2020 American Booksellers Association