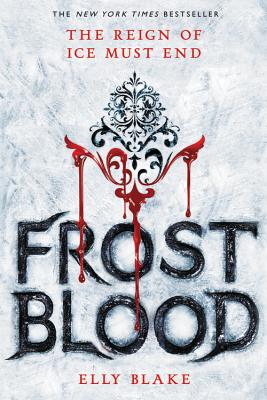 "Ruby's a spitfire who faces her challenges with grit.... A slow-burning, classic tale."
—Kirkus Reviews

"A strong debut for Blake.... succeeds in laying down intriguing framework for the books to come."
—Publishers Weekly

"Ruby and Arcus don't disappoint."
—Bulletin of the Center for Children's Books

"Compelling characters, a fascinating world, and an exhilarating story beautifully wrought in this must-read debut."
—Eve Silver, author of the Game series

"A fun, effortless first installment in a new series with a high PoP (probability of popularity)."
—The Globe and Mail

Elly Blake is the New York Times bestselling author of Frostblood, Fireblood, and Nightblood. She lives in Southwestern Ontario with her husband, kids, and a Siberian Husky mix that definitely shows frostblood tendencies. Find her online at EllyBlake.com or @elly_blake.
Loading...
or
Not Currently Available for Direct Purchase