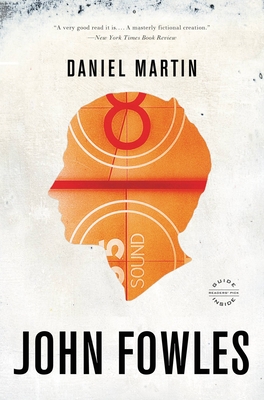 A new trade paperback edition of "a masterpiece of symbolically charged realism....Fowles is the only writer in English who has the power, range, knowledge, and wisdom of a Tolstoy or James" (John Gardner, Saturday Review).

The eponymous hero of John Fowles's largest and richest novel is an English playwright turned Hollywood screenwriter who has begun to question his own values. Summoned home to England to visit an ailing friend, Daniel Martin finds himself back in the company of people who once knew him well, forced to confront his buried past, and propelled toward a journey of self-discovery through which he ultimately creates for himself a more satisfying existence. A brilliantly imagined novel infused with a profound understanding of human nature, Daniel Martin is John Fowles at the height of his literary powers.

John Fowles (1926-2005) was educated at Oxford and subsequently lectured in English at universities in Greece and the UK. The success of his first novel, The Collector, published in 1963, allowed him to devote all his time to writing. His books include the internationally acclaimed and bestselling novels The Magus, The French Lieutenant's Woman, and Daniel Martin. Fowles spent the last decades of his life on the southern coast of England in the small harbor town of Lyme Regis.
Loading...
or support indie stores by buying on