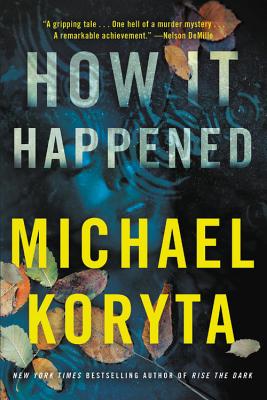 Praise For How It Happened…

"Michael Koryta is one hell of a writer, and How it Happened is one hell of a murder mystery. It's a tribute to Koryta's craftsmanship and skill that the reader can't put the book down until the last layer of the onion is peeled away to reveal the truth at the core of this gripping tale... A remarkable achievement that rises high above the genre."—Nelson DeMille, #1 New York Times bestselling author of The Cuban Affair

"This gripping and absorbing story about a protagonist coming to terms with his conflicted past, a lost love, and a crime that seems determined not to be solved could only be penned by Michael Koryta, whose sense of place and insight into the human experience are unsurpassed."—Sandra Brown, #1 New York Times bestselling author of Seeing Red

"Ingenious.. Koryta' s plotting is sure-footed, and the secrets he discloses, one by one, at the novel's end are both surprising and plausible... How It Happened [is] a book the reader won't soon forget."—The Washington Post

"Michael Koryta's latest may be [the summer's] best page-turner. This isn't a whodunit: We know from the start that the upwardly upstanding, inwardly creepy Mathias Burke murdered a young couple in the town of Port Hope, Maine. The book casts its spell in revealing the whys and wherefores of the killings, as investigated by Burke's onetime high school classmate, Rob Barrett, a Boston FBI agent whom Burke likes nothing better than to humiliate... Koryta, who has introduced supernatural elements into several novels, plays it pretty straight here. But that doesn't mean he fails to deliver his usual blend of dark psychology and pulse-pounding action."—Lloyd Sachs, Chicago Tribune

"Koryta drew on his experience as a private eye to craft this harrowing suspense novel set in Maine."—O Magazine

"With this searing look at an investigator's obsessive efforts to close a case that has awakened childhood demons, bestseller Koryta has produced his most powerful novel in years... Koryta, when he's at the top of his game, has few peers in combining murder mysteries with psychological puzzles."—Publishers Weekly (starred review)

"Koryta excels at action set in remote places, and fans of
William Kent Krueger and C. J. Box will enjoy this one."—Booklist