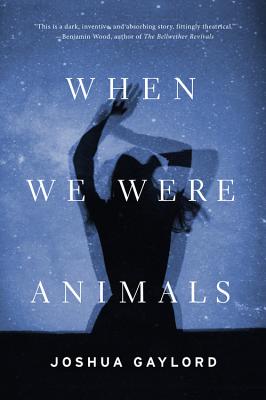 When We Were Animals

In this chilling Shirley Jackson Award-nominated novel, a small, quiet Midwestern town is unremarkable save for one fact: when the teenagers reach a certain age, they run wild.

When Lumen Fowler looks back on her childhood, she wouldn't have guessed she would become a kind suburban wife, a devoted mother. In fact, she never thought she would escape her small and peculiar hometown.

When We Were Animals is Lumen's confessional: as a well-behaved and over-achieving teenager, she fell beneath the sway of her community's darkest, strangest secret. For one year, beginning at puberty, every resident "breaches" during the full moon. On these nights, adolescents run wild, destroying everything in their path.

Lumen resists. Promising her father she will never breach, she investigates the mystery of her community's traditions and the stories erased from the town record. But the more we learn about the town's past, the more we realize that Lumen's memories are harboring secrets of their own. A gothic coming-of-age tale for modern times, When We Were Animals is a dark, provocative journey into the American heartland.

Nominated for the 2015 Shirley Jackson Award for Best Novel

Praise For When We Were Animals…

"A coming-of-age tale with a gory twist . . . There's no stopping this bizarrely fascinating journey of dark self-discovery."—Kirkus Reviews

"When We Were Animals conjures the dreamy satisfaction of revisiting the cult horror movies of your youth -- things are familiar but they resound in new and unexpected ways, revealing subtle depths and poignancy. This is a dark, inventive and absorbing story, fittingly theatrical. It disturbs and entertains in equal measure."—Benjamin Wood, author of the Costa-shortlisted The Bellwether Revivals

"Admit it: you remember an animal time in your own life. And if you think you don't, Joshua Gaylord and his book will lash you with it. When We Were Animals has the power to creep you out and, yes, turn you on."—John Griesemer, author of Signal & Noise

Joshua Gaylord grew up in Anaheim, California, and currently resides in New York City. He's the author of one previous novel, and under the pen name Alden Bell, two horror novels, including The Reapers are the Angels. He received his Ph.D. in 20th century American and British literature from NYU, and has taught both at NYU and the New School.
Loading...
or
Not Currently Available for Direct Purchase