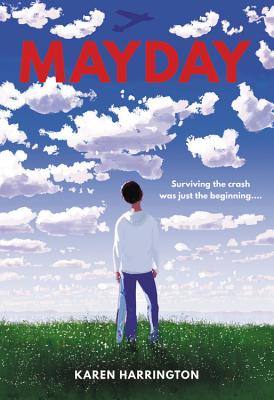 In the tradition of Counting By 7s and The Thing About Jellyfish, a heartwarming coming-of-age story about grief, family, friendship, and the importance of finding your voice

Wayne Kovok lives in a world of After. After his uncle in the army was killed overseas. After Wayne and his mother survived a plane crash while coming back from the funeral. After he lost his voice.

Wayne has always used his love of facts to communicate ("Did you know more people die each year from shaking a vending machine than from shark attacks?"). Without his voice, how will he wow the prettiest girl in school? How will he stand up to his drill-sergeant grandfather? And how will he share his hopes with his deadbeat dad? It's not until Wayne loses his voice completely that he realizes how much he doesn't say.

* "A fine character-driven tale that slowly grows to a crescendo of satisfaction."
—Kirkus Reviews (starred review)

* "Wayne is an appealing protagonist with a strong voice who develops believably over the difficult months, as do the other characters. A well-done book on all levels."—Publishers Weekly (starred review)

"The main characters are well depicted and highly appealing.... Thought provoking and touching, Mayday applies to anyone who has ever felt like an outcast and wishes to become someone with a sense of pride."
—VOYA

"Wayne's is an authentic, funny, and sometimes sarcastic teen voice, which comes through clearly, even when he can't speak out loud.... in this sweet tale of survival, heroism, and the search for strength."
—School Library Journal

Karen Harrington was born in Texas, where she still lives with her husband and children. She is the author of Sure Signs of Crazy and Courage for Beginners. You can visit her karenharringtonbooks.com.
Loading...
or support indie stores by buying on