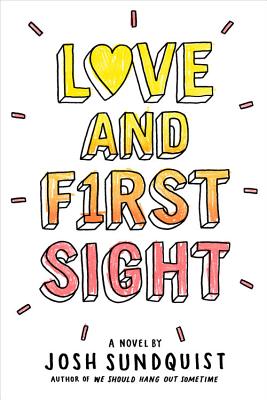 "Sensitively explores disability and its influence on identity...The juxtaposition of blindness with (not) judging by appearances is common, but the author gives depth to the trope by highlighting the betrayal Will feels at the exploitation of his blindness. Thought-provoking and insightful."—Kirkus Reviews

"Unique...will encourage young adults to think about their own biases related to physical attractiveness and body image. Readers will enjoy the humor and romance of the story while gaining a better understanding of life with a visual disability...A highly recommended and engaging story for most YA collections."—SLJ

"Sundquist writes eloquently about what it might be like for someone who was born blind to be given sight. He explores the physical, emotional, and psychological ramifications of Will's change in a thoughtful and evocative manner, providing readers with a fresh perspective on how humans interact with each other and the world around them."—Publishers Weekly

Praise for We Should Hang Out Sometime:An Amazon.ca Best Books of December 2014 for Children and Teens SelectionA YALSA 2015 Teens Top Ten Nominee2015 Goodreads Choice Awards Nominee"You should read this book sometime. I loved it so much!"—Justine Ezarik, New York Times bestselling author of I, Justine: An Analog Memoir

Josh Sundquist is a Paralympic ski racer, cancer survivor, popular YouTube vlogger, motivational speaker, and Halloween enthusiast. Every Tuesday, Josh releases a new video to 200,000-plus subscribers on his YouTube channel. He is the author of We Should Hang Out Sometime and the bestselling Just Don't Fall. As a motivational speaker, Josh speaks to schools, conventions, and corporations across the world. He invites you to visit him online at joshsundquist.com or follow him at @JoshSundquist.
Loading...
or
Not Currently Available for Direct Purchase