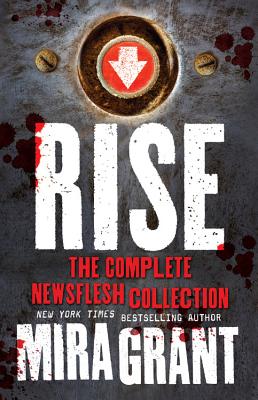 We had cured cancer. We had beaten the common cold. But in doing so we created something new, something terrible that no one could stop. The infection spread, a man-made virus taking over bodies and minds, filling them with one, unstoppable command. . .FEED.

Mira Grant creates a chilling portrait of an America paralyzed with fear. No one leaves their houses and entire swaths of the country have been abandoned. And only the brave, the determined, or the very stupid, venture out into the wild.

"A rich expansion on a beloved universe."—New York Times on Rise

Mira Grant lives in California, sleeps with a machete under her bed, and highly suggests you do the same. Mira Grant is the pseudonym of Seanan McGuire -- winner of the 2010 John W. Campbell Award for best new writer. Find out more about the author at www.miragrant.com or follow her on twitter @seananmcguire.
or
Not Currently Available for Direct Purchase