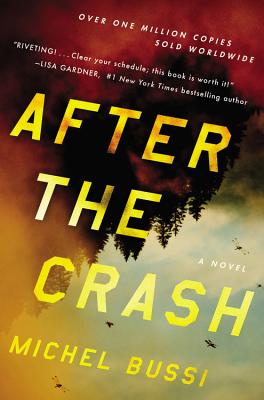 Just after midnight on December 23, 1980, a night flight bound for Paris plummets toward the Swiss Alps, crashing into a snowy mountainside. Within seconds flames engulf the plane, which is filled with holiday travelers. Of the 169 passengers, all but one perish.

The sole survivor is a three-month-old girl--thrown from the airliner before fire consumes the cabin. But two infants were on board. Is "the Miracle Child of Mont Terri" Lyse-Rose or Emilie? The families of both girls step forward to claim the child. Dogged by bad luck, the Vitrals live a simple life, selling snacks from a van on the beaches of northern France. In contrast, the de Carvilles, who amassed a fortune in the oil business, are powerful-and dangerous.

Eighteen years later, a private detective tasked with solving the mystery of the girl known as "Lylie" is on the verge of giving up. As he contemplates taking his own life, Crédule Grand-Duc suddenly discovers a secret hidden in plain view. Will he live to tell it?

Meanwhile, Lylie, now a beautiful university student, entrusts a secret notebook into the hands of Marc, the brooding young man who loves her, and then vanishes. After Marc reads the notebook's contents, he embarks on a frantic search for Lylie.

But he is not the only one looking for her.

Praise For After the Crash: A Novel…

"Riveting! Bussi spins psychological suspense at its finest with this consuming tale of one child, two families, and the dark secrets that define us all. Clear your schedule; this book is worth it!"
—Lisa Gardner, #1 New York Times-bestselling author of Crash & Burn and Find Her

"After the Crash is a jolt to the senses and a jolt to the heart--both rollicking and labyrinthine, both wildly propulsive and yet rich with grand drama, and with a cast of characters--particularly its sumptuously powerful women--you won't forget."—Megan Abbott, author of The Fever and the forthcoming You Will Know Me

"After the Crash opens with a wrenching scene that will serve as the mystery's terrifically compelling central conceit....sit back and go along for the ride....Bussi's tucked a lot of enjoyable - and enjoyably surprising - pieces into his puzzle."—Boston Globe

"This fascinating tale of intrigue and murder delves into complicated family bonds as it builds to a surprising and shocking conclusion."
—Publishers Weekly

"Fast-paced and action-packed, this thriller is adrenaline pumping. Bussi offers a smart, complex mystery with plenty of plausible twists and surprises ... An engrossing story that's almost impossible to put down."
—Shelf Awareness

"A novel so extraordinary that it reminded me of reading Stieg Larsson for the very first time...I doubt I'll read a more brilliant crime novel this year."
—Sunday Times (UK)

"You find yourself quite frantic to know the truth, before this cleverly constructed, smart mystery concludes by delivering a delicious sting in the tail."
—Sunday Express (UK)

Michel Bussi is the author of Black Water Lilies and After the Crash and is one of France's most celebrated crime authors. The winner of more than fifteen major literary awards, he is a professor of geography at the University of Rouen and a political commentator.
Loading...
or
Not Currently Available for Direct Purchase