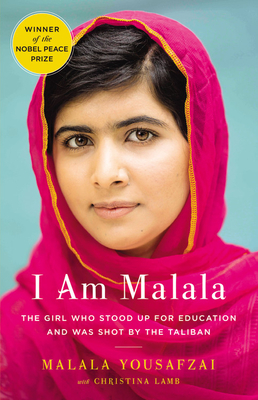 "Ms. Yousafzai has single-handedly turned the issue of the right of girls--and all children--to be educated into headline news. And she is a figure worth hearing."—Isabel Berwick, Financial Times

"[A] memoir every American woman should read."—Leigh Newman, Oprah.com

"How did Yousafzai have the courage, at 15, to stand up to the Taliban in her native Pakistan? Her memoir, written less than a year after she nearly died for her efforts, will open your eyes."—People


Christina Lamb is one of the world's leading foreign correspondents. She has reported on Pakistan and Afghanistan since 1987. Educated at Oxford and Harvard, she is the author of five books and has won a number of awards, including Britain's Foreign Correspondent of the Year five times, as well as the Prix Bayeux-Calvados, Europe's most prestigious award for war correspondents. She currently works for the Sunday Times and lives in London and Portugal with her husband and son.