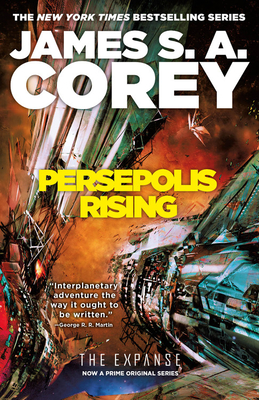 The seventh book in the NYT bestselling Expanse series, Persepolis Rising finds an old enemy returning home with more power and technology than anyone thought possible, and the crew of the aging gunship Rocinante tries to rally forces against the new invasion. Now a Prime Original series.

In the thousand-sun network of humanity's expansion, new colony worlds are struggling to find their way. Every new planet lives on a knife edge between collapse and wonder, and the crew of the aging gunship Rocinante have their hands more than full keeping the fragile peace.


Praise For Persepolis Rising (The Expanse #7)…