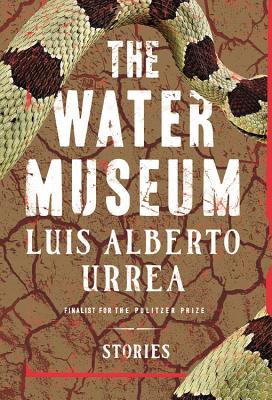 "Urrea skillfully evokes the semi-comic experience of the sensitive observer who is both part of and outside of a community... Magic."—The Washington Post

"Like Urrea, we care deeply for his characters. He writes with compassion and humor and with a nod to the creeping darkness within us all."—The Oregonian

"Pitch-perfect and penetrating,The Water Museum traverses the rich borderlands of the human heart with humor, mystery, and grit."—Ploughshares

"Urrea has a wonderful eye for details and captures each story's context with wonderfully sharp observations... These stories are vibrant, tender, and invoke a strong sense of place."—Publisher's Weekly

PRAISE FOR INTO THE BEAUTIFUL NORTH:

"Deliciously composed...[Urrea writes] in a sweet but serious style...The plot gathers as much strength as the prose."
—Alan Cheuse, Chicago Tribune

"Awash in a subtle kind of satire...A funny and poignant impossible journey...Into the Beautiful North is a refreshing antidote to all the negativity currently surrounding Mexico."—Roberto Ontiveros, Dallas Morning News