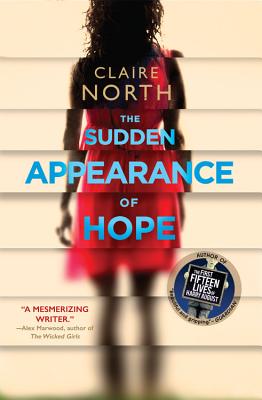 The Sudden Appearance of Hope

My name is Hope Arden, and you won't know who I am. But we've met before -- a thousand times.

It started when I was sixteen years old. A father forgetting to drive me to school. A mother setting the table for three, not four. A friend who looks at me and sees a stranger.

No matter what I do, the words I say, the crimes I commit, you will never remember who I am.

That makes my life difficult. It also makes me dangerous.

The Sudden Appearance of Hope is a riveting and heartbreaking exploration of identity and existence, about a forgotten girl whose story will stay with you forever.

"The experience of sitting with it, sinking into it, aching along with Hope as her loneliness shapes and breaks her, was wonderful, painful and moving."
—NPR

"This is a book which is incredibly compelling, and incredibly heartbreaking at times. I could not put it down."
—The Forest of Books