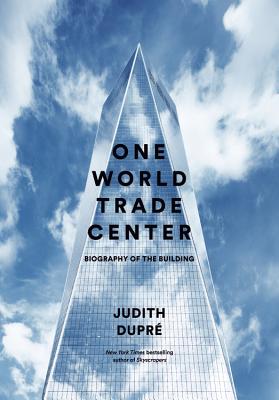 Biography of the Building

From the bestselling author of Skyscrapers, the behind-the-scenes story of the most extraordinary building in the world: One World Trade Center.

The new World Trade Center represents one of the most complex collaborations in human history. Nearly every state in the nation, a dozen countries around the world, and more than 25,000 workers helped raise the tower, which consumed ninety million pounds of steel, one million square feet of glass, and enough concrete to pave a sidewalk from New York to Chicago.

With more than seventy interviews with the people most intimately involved, and unprecedented access to the building site, suppliers, and archives, Duprè unfurls the definitive story of fourteen years of conflict and controversy-and its triumphant resolution.

This fascinating, oversize book delivers new insight into the 1,776-foot-tall engineering marvel, from design and excavation through the final placement of its spire. It offers: Access to the minds of world-class architects, engineers, ironworkers, and other tradespeople Panoramas of New York from One World Observatory-1,268 feet above the earth Dramatic cutaways that show the building's advanced structural technologies A time-lapse montage showing the evolution of the sixteen-acre site Chronologies tracking design, construction, and financial milestones, with rare historic photographs

One World Trade Center is the only book authorized by the Port Authority of New York & New Jersey, and the one book necessary to understand the new World Trade Center in its totality. This is a must-have celebration of American resilience and ingenuity for all who are invested in the rebuilding of Ground Zero.

Praise For One World Trade Center: Biography of the Building…

"Judith Dupré has written about One World Trade Center in the most readable way, with sensitivity, scholarship, superb photography, and wide interviews with those of us involved in this long-evolving project. She has achieved what many thought was impossible-a book that is both popular and scholarly, and the one account that is comprehensive and accurate."—David Childs, Design Partner, Skidmore, Owings & and Merrill

"One of the most consequential new books about the redevelopment of the World Trade Center."—David Dunlap, The New York Times

"Judith Dupré's thoughtful, profoundly researched book reflects the complexity of rebuilding Ground Zero. Though the project story is not yet over, her work presents a timeline in which the accumulation of creative thought is carefully analyzed, and given a life of its own. With beautiful illustrations, drawings, and technical details, she illuminates both the challenges and exhilaration of rebirth--not only of Ground Zero--but all of lower Manhattan."—Daniel Libeskind, Master Planner, World Trade Center

"Like the building itself, One World Trade Center offers a remarkable view, thoughtfully piecing together the complex history of rebuilding at the World Trade Center site with insightful perspectives and awe-inspiring photography. The book, as much as the architectural achievement it chronicles, is a celebration of vitality, vision, perseverance, and resilience in the aftermath of tragedy."—Alice M. Greenwald, Director of the 9/11 Memorial Museum

"With superb writing and awesome photography, One World Trade Center by Judith Dupré is a masterpiece of a book in every aspect."—San Francisco Book Review

"It would be hard to envision another book taking more seriously the construction of One World Trade Center as the consummation of so many trades, so many technical innovations, and so much politics all at the same time."—The National Endowment for the Arts, Humanities Magazine

"An astonishing union of technology and art."—Christian Science Monitor

Judith Dupré is the author of numerous books, including Skyscrapers and Bridges, both published by Black Dog & Leventhal, and the New York Times bestseller Churches. She lectures and teaches on art and architecture. She lives in New York.
Loading...
or support indie stores by buying on