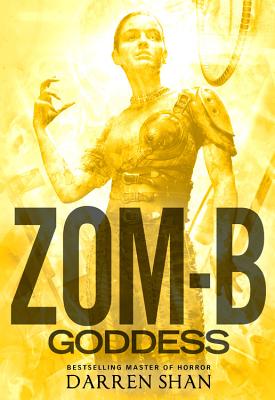 The final thrilling installment of Darren Shan's Zom-B series is sure to knock you dead! B Smith has escaped from the murderous clown Mr. Dowling, only to find herself trapped by someone she had once thought of as an ally. As B learns more about the twisted history of the zombie virus, she prepares to make a final stand against her enemies--even if it means making the ultimate sacrifice.

Praise for Darren Shan's Zom-B series:
"Shan packs in the bites, and he rips out enough entrails for even the most jaded zombie fan; the cliffhanger ending....closes on just the right note to leave the audience gnawing for more...A series opener to sink your teeth into."
—Kirkus Reviews

"A raw and deeply observant tale of a morally questionable kid trying, and usually failing, to move beyond the ingrained racism instilled by B's father. It is a brave move by Shan to posit such a bigoted hooligan as our protagonist."
—Booklist

"Horror with a social conscience....This compelling page-turner builds steadily to the climax then throws the reader off the cliff with a twist that is impossible to see coming."
—VOYA