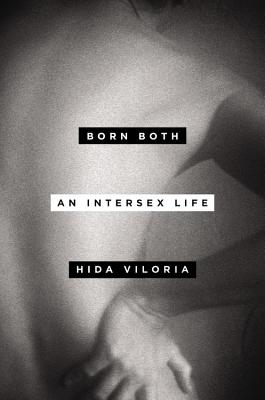 From one of the world's foremost intersex activists, a candid, provocative, and eye-opening memoir of gender identity, self-acceptance, and love.

My name is Hida Viloria. I was raised as a girl but discovered at a young age that my body looked different. Having endured an often turbulent home life as a kid, there were many times when I felt scared and alone, especially given my attraction to girls. But unlike most people in the first world who are born intersex--meaning they have genitals, reproductive organs, hormones, and/or chromosomal patterns that do not fit standard definitions of male or female--I grew up in the body I was born with because my parents did not have my sex characteristics surgically altered at birth.

It wasn't until I was twenty-six and encountered the term intersex in a San Francisco newspaper that I finally had a name for my difference. That's when I began to explore what it means to live in the space between genders--to be both and neither. I tried living as a feminine woman, an androgynous person, and even for a brief period of time as a man. Good friends would not recognize me, and gay men would hit on me. My gender fluidity was exciting, and in many ways freeing--but it could also be isolating.

I had to know if there were other intersex people like me, but when I finally found an intersex community to connect with I was shocked, and then deeply upset, to learn that most of the people I met had been scarred, both physically and psychologically, by infant surgeries and hormone treatments meant to "correct" their bodies. Realizing that the invisibility of intersex people in society facilitated these practices, I made it my mission to bring an end to it--and became one of the first people to voluntarily come out as intersex at a national and then international level.

Born Both is the story of my lifelong journey toward finding love and embracing my authentic identity in a world that insists on categorizing people into either/or, and of my decades-long fight for human rights and equality for intersex people everywhere.

Praise For Born Both: An Intersex Life…

"Viloria does us the
even greater service (it's more of a gift, really) of showing us what it means
to live not just as both a man and a woman but also as a third gender that
eventually emerges as the right one."

"Intersex babies often have their dual gender surgically 'corrected,'
but trailblazing activist Viloria didn't. Her book is fierce, brave, and
a clarion call to celebrate our differences."

"How do you
discover who you are when you are born outside of what culture has decided is
possible? Hida Viloria answers this question with this moving and essential
memoir, a personal history that is also something of a history of America's
blind spots around gender and sex."


—Alexander Chee,bestselling author of The Queen of the Night

"Intelligent and courageous, [Born Both] chronicles one intersex person's path to wholeness, but it also affirms the right of all intersex and nonbinary people to receive dignity and respect. A relentlessly honest and revealing memoir."—Kirkus Reviews

"Born Both is a courageous and compelling personal story that helps give us the necessary knowledge and understanding of the complex topics of intersexuality and gender fluidity. Hida Viloria has boldly brought us along on this journey of understanding and pushes us forward to become a more inclusive culture where we value everyone--not in spite of our differences, but rather because they make us perfectly and uniquely us. A must read."—Jane Clementi, co-founder of the Tyler Clementi Foundation

"Hida Viloria's
touching and generous memoir shines a beautiful light of understanding not only
on what it's like to discover, explore, and own one's identity as an intersex
person, but also on what it means to be human. Through heartbreak and
humor, Viloria writes with welcome candor and insight--and shows us that there
is so much more beauty, brilliance, and complexity than can ever be contained
in the categories 'male' or 'female.'"

"Words come alive in Born Both, which Hida Viloria has written with intellectual sophistication as well as passion for intersex activism. In this memoir, Viloria eloquently tells a deeply personal story within larger structural narratives of race/ethnicity, gender, and class, making for a simultaneously pleasurable and informative read. This book will not only captivate those interested in intersex activism and gender revolution but also those who enjoy skillful storytelling."—Georgiann Davis, PhD,Assistant Professor of Sociology at the University of Nevada, Las Vegas andauthor of Contesting Intersex: The Dubious Diagnosis

"Viloria's
personal, positive, vibrant, and emotional work of advocacy will educate and
affirm."

"A valuable resource for
those seeking first-person narratives by intersex people."
—Publishers Weekly

Hida Viloria is a writer and intersex activist, chairperson of the Organization Intersex International (OII), and founding director of its American affiliate the Intersex Campaign for Equality, also known as OII-USA. Hida's mission is to obtain equality for intersex and nonbinary people as part of a broader vision for a world that accepts and values difference of every kind.
Loading...
or
Not Currently Available for Direct Purchase