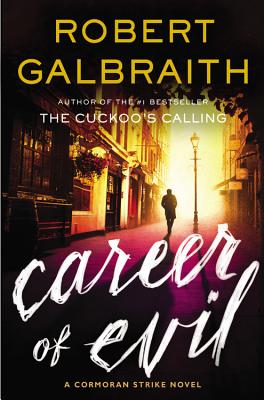 "Strike and Robin are just as magnetic as ever." —Michiko Kakutani, New York Times

"Bloody good . . . The author's trademark plotting has lost none of its propulsive readability."—Daneet Steffens, Boston Globe

"Satisfying . . . Strike and Robin are as powerful a fictional pairing as any in recent memory. . . . Galbraith demonstrates a breezy command of the intricacies of both the central mystery and of the form itself."—Robert Wiersema, Toronto Star

"A refreshing change to the genre . . . Every bit as impressive as [The Cuckoo's Calling] . . . Let's hope the sardonic Cormoran Strike is here to stay."—Barry Forshaw, Independent [UK]

"An entertaining novel . . . The denouement is violent, unexpected and satisfying."—Marcel Berlins, The Times [UK]

"As readable and exciting as ever . . . Fans of the intrepid duo are in for some shocks."—Jake Kerridge, Telegraph [UK]