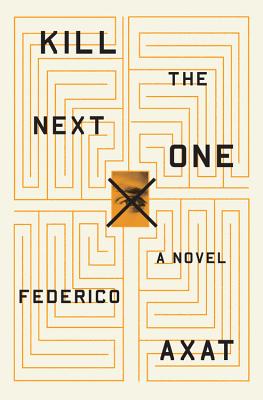 Kill the Next One

An audacious psychological thriller where nothing is what it seems.

Ted McKay had it all: a beautiful wife, two daughters, a high-paying job. But after being diagnosed with a terminal brain tumor he finds himself with a gun to his temple, ready to pull the trigger. Then the doorbell rings.

A stranger makes him a proposition: why not kill two deserving men before dying? The first target is a criminal, and the second is a man with terminal cancer who, like Ted, wants to die. After executing these kills, Ted will become someone else's next target, like a kind of suicidal daisy chain. Ted understands the stranger's logic: it's easier for a victim's family to deal with a murder than with a suicide.

However, as Ted commits the murders, the crime scenes strike him as odd. The targets know him by name and possess familiar mementos. Even more bizarrely, Ted recognizes locations and men he shouldn't know. As Ted's mind begins to crack, dark secrets from his past seep through the fissures.

Kill the Next One is an immersive psychological thriller from an exciting new voice.

Praise For Kill the Next One…

"There's a perverse symmetry to the way things work in this mind-bending psychological thriller by the Argentine author Federico Axat, translated here by David Frye. . . . Truth, illusion and downright deceit keep crossing invisible lines in this hallucinatory plot. . . . He expands on these mystifying events in imaginative ways. . . . Federico Axat is the kind of hypnotic writer you love to read but can never entirely trust."
—Marilyn Stasio, New York Times Book Review

Kill The Next One "is a serious rabbit hole of a book.... there's much more to this dizzying maze of a thriller than [its] head-bending opening-and you might want to avoid reading it at night."—Seattle Review of Books

"Compelling . . . A spectacular mind-meld of a psychological thriller . . . Axat brilliantly creates an environment permeated by doubt and the anxiety it perpetuates. The story is chilling, but Axat has the skill to infuse it with humanity while maintaining the nightmarish atmosphere. Kill the Next One is a recipe baked to perfection."
—Lauren O?Brien, Shelf Awareness (starred)

"Nightmare imagery, mind-bending plot twists, and a kaleidoscopic storytelling style lend [Kill The Next One] a vertiginous air, but at the core of this literary fever dream lies an elegantly crafted and emotionally resonant mystery that astonishes, devastates, and satisfies in equal measure."—Publishers Weekly (starred review)

"A psychological thriller that will take you for a hell of a ride and leave you whiplashed from all the twists and turns. . . . I promise you have no idea where this is going!"
—BookRiot

"Kill the Next One starts fast and never lets up. The first third of the novel packs more twists, turns, and tension than most contemporary thrillers do in their entirety. Axat has a knack both for dialogue and for prose that constantly walks a fine line between reality and surreality. . . . A satisfying read for fans of horror novels, as well as lovers of creepy thrillers. Also, this novel has more plot twists than all of M. Night Shyamalan's filmography put together. The setup is effective and makes readers sit up and pay attention . . . A very tense, smartly crafted novel about illusions and the power of our decisions."—Gabino Iglesias, LitReactor

"Axat harnesses that uncertainty to build suspense and creates an intriguing, mind-bending thriller in the vein of Dennis Lehane's Shutter Island."—Booklist

"If you're looking for a suspenseful story to get sucked into, this is your book. Like a chilling, murder-y version of Pay It Forward, this thriller unfolds as a man seeking to end his life is given the opportunity to kill two other people and then be killed, so as to avoid subjecting his family to the added grief that comes with suicide. But as he embarks on the mission, he discovers there is more to this scheme than meets the eye."—Bustle

"Boasts a grabber of an opening sentence."—USA Today

"A spectacular mind-meld of a psychological thriller....Axat brilliantly creates an environment permeated by doubt and the anxiety it perpetuates. The story is chilling, but Axat has the skill to infuse it with humanity while maintaining the nightmarish atmosphere. Kill the Next One is a recipe baked to perfection."—Shelf Awareness

"Move over Hitchock, P.D. James, Ruth Rendell, and more. Here is a thriller to make others fade. Well-drawn characters, a devilish plot, and first-rate storytelling make this an emotional mystery that resonates and disturbs.... Superb."—Richard Cytowic, New York Journal of Books

Federico Axat was born in Buenos Aires, Argentina in 1975. His first novel, Benjamin, was published in Spain by Suma de Letras and translated into Italian. His second novel, El Pantano de las Mariposas, was published in 2013 and translated into Portuguese, French, and Chinese. Kill The Next One is his U.S. debut.
Loading...
or
Not Currently Available for Direct Purchase