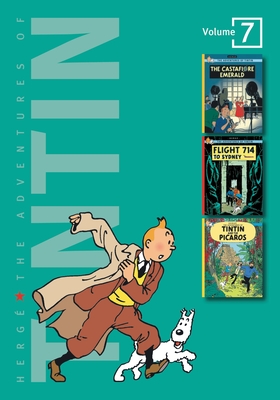 This repackaged hardcover volume contains 3 classic Tintin stories, including: The Castafiore Emerald, Flight 714 to Sydney, and Tintin and the Picaros.