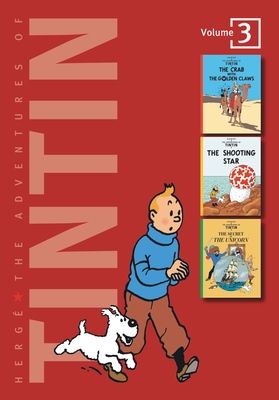 This repackaged hardcover volume contains 3 classic Tintin stories, including: The Crab with the Golden Claws, The Shooting Star, and The Secret of The Unicorn.

Hergé, one of the most famous Belgians in the world, was a comics writer and artist. The internationally successful The Adventures of Tintin are his most well-known and beloved works. They have been translated into 38 different languages and have inspired such legends as Andy Warhol and Roy Lichtenstein. He wrote and illustrated for The Adventures of Tintin until his death in 1983.
Loading...
or support indie stores by buying on