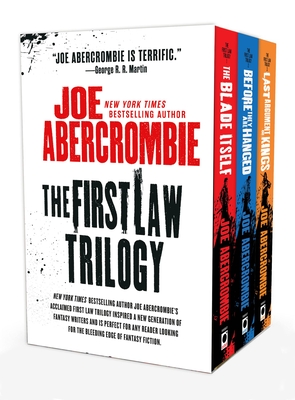 Murderous conspiracies rise to the surface, old scores are ready to be settled, and the line between hero and villain is sharp enough to draw blood. Unpredictable, compelling, wickedly funny, and packed with unforgettable characters, the First Law trilogy is noir fantasy with a real cutting edge.

This boxed set includes: The Blade Itself, Before They Are Hanged, The Last Arguement of the Kings.

Praise For The First Law Trilogy…