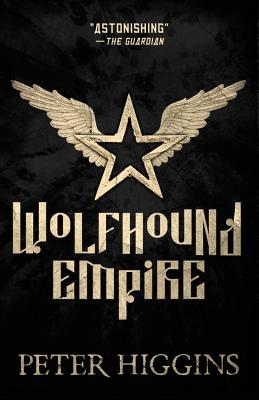 Collected for the first time in an omnibus edition, the internationally acclaimed Wolfhound Century trilogy is a perfect blend of fantasy, myth, science fiction and political thriller.

Higgins's visionary fantasy trilogy describes a city gripped by fear, controlled by a totalitarian state reminiscent of Stalinist Russia. Worn down by an endless war, the city of Mirgorod is a murky world of secret police and revolutionaries, cabaret clubs and doomed artists -- as well as golems, giants, and a vast, menacing Angel.

Read the complete story of investigator Vissarion Lom in this omnibus edition containing all three books in the trilogy: Wolfhound Century, Truth and Fear, and Radiant State.

"An amazing, fast-paced story in a fantasy world poised dangerously on the edge of quantum probability, a world where angels war with reality."—Peter F. Hamilton on Wolfhound Century

"Sentient water, censored artists, mechanical constructs, old-fashioned detective work, and the secret police are all woven together in this rich and fascinating tapestry."—Publishers Weekly on Wolfhound Century

"A brilliant exploitation of the power of fantasy: the tender green soul of Russian history set free for uncanny battle with its grey, gunmetal carapace."—Francis Spufford on Wolfhound Century