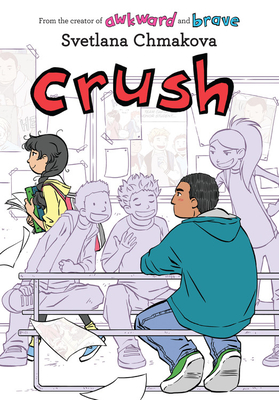 Following the overwhelming success of AWKWARD and BRAVE, Svetlana Chmakova's award winning Berrybrook Middle School series continues with its next installment - CRUSH!
Jorge seems to have it all together. He's big enough that nobody really messes with him, but he's also a genuinely sweet guy with a solid, reliable group of friends. The only time he ever really feels off his game is when he crosses paths with a certain girl... But when the group dynamic among the boys starts to shift, will Jorge be able to balance what his friends expect of him versus what he actually wants?