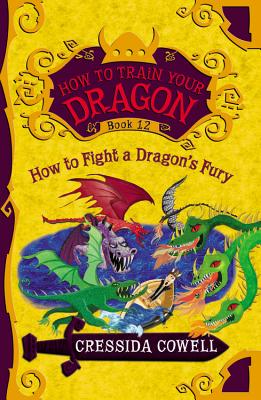 Book 12 is the epic finale to the New York Times bestselling How to Train Your Dragon series! The Doomsday of Yule has arrived, and the future of dragonkind lies in the hands of one boy with nothing to show, but everything to fight for. Hiccup's quest is clear... But can he end the rebellion? Can he prove himself to be king? Can he save the dragons? The stakes have never been higher, as the very fate of the Viking world hangs in the balance!

"...This is a goofy and exciting tale of an underdog who proves that brains can be just as important as brawn. Kids will hoot at the ridiculous names and sympathize with Hiccup's exasperation with his truly obstinate but strangely lovable dragon. A delightful read."
—School Library Journal

"This hilarious farce will appeal to heroic fiction fans."
—Booklist