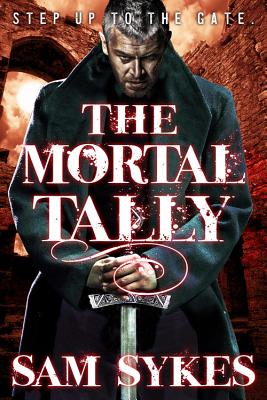 The Mortal Tally (Bring Down Heaven #2)

Acclaimed author Sam Sykes returns with the second thrilling novel in his Bring Down Heaven series.

The heart of civilization bleeds.

Cier'Djaal, once the crowning glory of the civilized world, has gone from a city to a battlefield and a battlefield to a graveyard. Foreign armies clash relentlessly on streets laden with the bodies of innocents caught in the crossfire. Cultists and thieves wage shadow wars, tribal armies foment outside the city's walls, and haughty aristocrats watch the world burn from on high.

As his companions struggle to keep the city from destroying itself, Lenk travels to the Forbidden East in search of the demon who caused it all. But even as he pursues Khoth-Kapira, dark whispers plague his thoughts. Khoth-Kapira promises him a world free of war where Lenk can put down his sword at last. And Lenk finds it hard not to listen.

When gods are deaf, demons will speak.

Praise For The Mortal Tally (Bring Down Heaven #2)…

"Insouciant, unrepentant and irrepressible adventures in a powder keg of a city. And that's just how the story begins."—Robin Hobb on The City Stained Red

"An entertaining blend of classic adventure and inventive inspiration."—Juliet E. McKenna, author of The Thief's Gamble, on The City Stained Red

"Playful language, distinctly drawn characters, and a cavalcade of action."—SF Signal on The City Stained Red

Sam Sykes -- author, citizen, mammal -- has written extensively over the years, penning An Affinity for Steel, the Bring Down Heaven trilogy, Brave Chef Brianna, and now The Grave of Empires trilogy. At the time of this writing, no one has been able to definitively prove or disprove that he has fought a bear.
Loading...
or
Not Currently Available for Direct Purchase