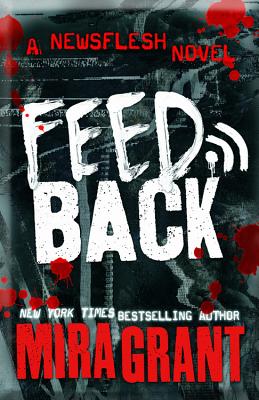 Feedback is a full-length Newsflesh novel that overlaps the events of the acclaimed first novel in the series, Feed, and offers a new entry point to this thrilling and treacherous world from New York Times bestseller Mira Grant.