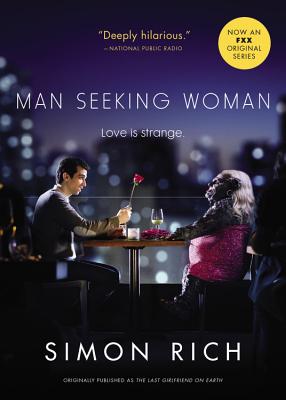 Love can be messy, painful, and even tragic. When seen through the eyes of Simon Rich it can also be hilarious.

In these ingenious stories, Rich conjures up some unforgettable romances: an unused prophylactic describes life inside a teenage boy's wallet; God juggles the demands of his needy girlfriend with the looming deadline for earth's creation; and a lovestruck Sherlock Holmes ignores all the clues that his girlfriend's been cheating on him.

As enchanting, sweet, and absurd as love itself, these stories are an irresistible collection of delights.

"No matter how zany things get, there's an endearing simplicity at the heart of these inventive tales . . . love doesn't always conquer all, but these stories suggest Rich thinks its certainly ought to." -- Daily Beast

Simon Rich has written for "Saturday Night Live," Pixar, and "The Simpsons." He is the creator and showrunner of "Man Seeking Woman" (FXX) and "Miracle Workers," (TBS), which he based on his books. His other collections include Hits and Misses, Spoiled Brats, and Ant Farm. He is a frequent contributor to The New Yorker.

"The best one-night stand you'll ever have.... Delivers more laughs per word than anything you'll read this year."
—John Wilwol, Washington Post